Home » Knowledge Hub » Did you know this about the Patch test?

In Hydrographic Surveying, there are many factors that are out of the control of the surveyor.  These factors may be weather, bottom composition or shipping traffic among many other factors that cannot be controlled.  There are other factors that can be controlled by the surveyor, and it is important to dedicate time to fully control those factors otherwise it can lead to questionable data and more time spent on trying to determine what might be causing an issue.

Two areas that demand the most attention are the measuring of offsets and the multibeam calibration or patch test.

Accurate offsets have to be determined before the patch test data collection.

Once the offsets have been determined and the patch test data collection starts, sufficient data has to be collected to derive a statistically viable result for the angular offsets.

In the early days of multibeam, there were no patch test programs to automatically solve for the angular offsets.  One set of data collection would be performed, say the two roll lines, and then the data would be processed and two charts produced.  The surveyor would overlay charts and, using a scale, dividers and depth would determine the offset angle.  That angle would then be put into the equipment and the lines would be run again, with the corrections, with the same chart production and overlay process; this would continue until the correct value was derived. A full patch test could take days!

Nowadays, all software packages have programs that automatically solve for the patch test, which solves the patch test in minutes!  With this being the case, there is no reason to then reduce the amount of data collected.

How much data to collect?  For each angular offset test (roll, pitch and yaw) a minimum of 6 data collections each should be made.

When solving, each test should be solved completely, such as roll, before proceeding to solve for the next test such as pitch. 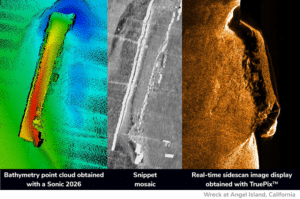 Snippets vs TruePix™, how do they compare? Read More >> 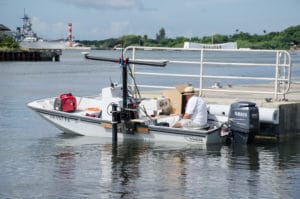