MBES and the IHO SP44 Standards for Hydrographic Surveys

The International Hydrographic Organisation, based in Monaco, published the 5th edition of Special Publication No 44 Standards for Hydrographic Surveys in February 2008.  SP44 sets forth the minimum standards for survey accuracy.

“It is also important to note that the adequacy of a survey is the end product of the entire survey system and processes used during its collection.’  Further: ‘All components and their combination (sic) must be capable of providing data to the required standard.”  (Ibid.)

What is the survey system comprised of (at a minimum)?

As the list above shows, the multibeam is approximately 1/10 of the entire survey system, as used in IHO SP44. The depth computation relies on the other 9/10 of the survey system along with the multibeam echosounder.  The multibeam echosounder provides a range and bearing to points on the seafloor.  The data collection/processing software receives the range and bearing data along with position, heading, and motion data, makes offset adjustment, and applies refraction corrections and tidal corrections to produce a depth.  However, as an example, if the multibeam is mounted using a bamboo pole that wobbles, no matter how good that multibeam might be, no matter how good the other sensors are, the range and bearing data would be inaccurate due to pole wobble.  Or, if the sound velocity profiler is out of calibration, the refraction corrections would be inaccurate, causing erroneous depths.  These few considerations illustrate how the entire survey system must be evaluated for IHO SP44 order survey compliance.

Compliance with IHO SP44 Special Order (or Order 1a, 1b, or 2) can be proven for a survey system comprised of a multibeam echosounder by performing a set IHO survey for that specific vessel and that specific survey system and setup.  However, changing any component would invalidate compliance.

Another aspect of the IHO SP44 standards is the horizontal uncertainty (2ẟ) that is allowed: 2 meters.  If the IHO standard allows for a horizontal position error of this magnitude, how accurately is the depth positioned on the seafloor?

Feature Detection: IHO SP44 Special Order calls for the system to detect a 1-meter cubic feature.  What the IHO SP44 does not state, however, is what constitutes detection. How many soundings determine detection?

There are other survey standards that better address the modern-day multibeam survey, such as the LINZ produced Contract Specifications for Hydrographic Surveys (Version 1.3; 2016).

When installed following the instructions from the R2Sonic manual and used with the I2NS and Sound Velocity options offered by R2Sonic, the Sonic series not only meets but exceeds SP44 requirements. 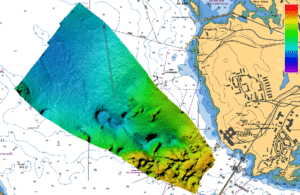 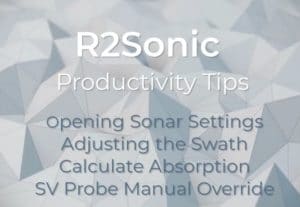 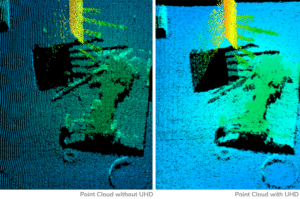