Home » Knowledge Hub » How to use the Saturation Monitor

The Saturation Monitor graphs the degree of receiver saturation; reflecting the intensity of the received acoustic energy. The Saturation Monitor (SatMon) provides the surveyor with a graphic presentation to maintain a consistent intensity level during the backscatter survey.  The SatMon has now become an essential tool for traditional bathymetry surveys as well, giving the surveyor an immediate indicator of the effect of changing operating parameters.

Jonathan Beaudoin (at the time with the Center for Coastal and Ocean Mapping at the University of New Hampshire and now Managing Director at QPS B.V.) developed the SatMon in 2013/2014.  The first instance of the SatMon was in the 27 June 2014 release version of Sonic Control.

How the Saturation Monitor works

Power, pulse width, gain, absorption, and spreading loss influences the beam intensity.  A change in value, in any of the parameters, will change the intensity, and this will be reflected in the SatMon.  Outside of the sonar, the seafloor absorption and water column conditions will also be an influence on the beam intensity, and, again, a change in these environmental conditions will create a change in the SatMon graphics. 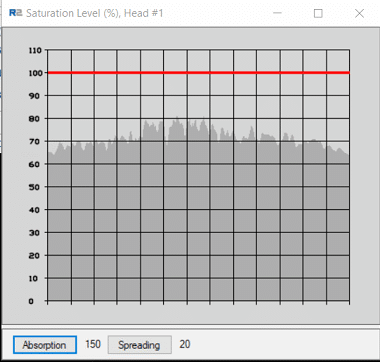 The red line, at 100, indicates 100% saturation of the receivers; the receivers will no longer operate linearly at this level of saturation.  In fact, the receivers can be oversaturated at levels just under 100% as well.  When the receivers are operating in a non-linear manner, the bottom detections in the nadir region will be very erratic, and there will be a noticeable nadir track or artefact in the data.

Example of an oversaturated receiver and how it impacted the survey

Below, is an image from a customer, sent to R2support, because of a nadir artefact; illustrating one manifestation of the nadir artefact caused by the nadir receivers being in saturation.

Looking at the angular response curve, which plots the ARA,  there is no peak as there should be because of the non-linear state of the nadir receivers.  Usually, the available correction tools will not be able to correct the data.  The data will be not able to be post-processed.

The intensities, as seen in the SatMon, will form a peak at nadir; falling off towards the outer beams.

In the Saturation Monitor, there are controls to adjust the Absorption and Spreading Loss; these are two of the main variables in the Time Variable Gain (TVG) calculation.

Because the TVG values are integral to the saturation calculation, the ability to adjust the parameters are included in the SatMon.

Below is an example of the effect of a change in absorption makes in the intensities.  This change would not be seen in bathymetry data, but it would be very noticeable in backscatter data because it should be evident that the correct absorption value makes the intensities more consistent across the swath. 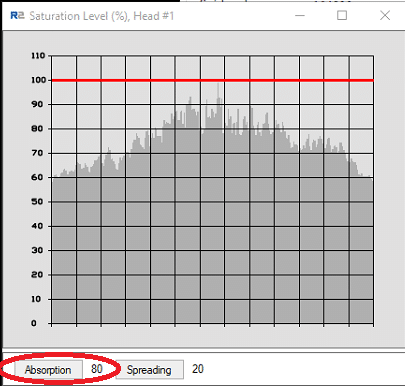 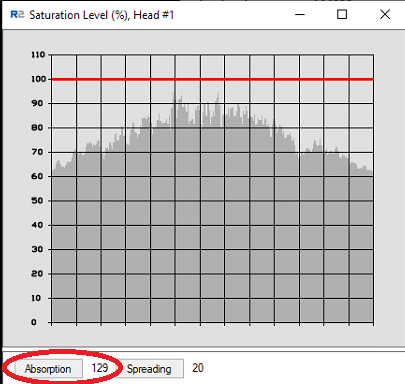 ROBO™ mode and the Saturation Monitor

The R2Sonic ROBO™ mode uses the computed saturation percentage to set the Gain automatically (Power and Pulse Width come from a look-up-table based on the Range setting).  The Target Saturation is, by default, set to 80%.  The user can set their own target for average saturation.  Under most conditions, the target does not require changing.  The Gate is set to allow saturation fluctuations before a change in gain is made; this default value is ±5%.

In the ROBO™ window, the Range Table shows the Power and Pulse (width) defaults by Range setting, but note that all Gain values are set to 10; this is because the Target Saturation determines the Gain, and the 10 is merely a place holder. 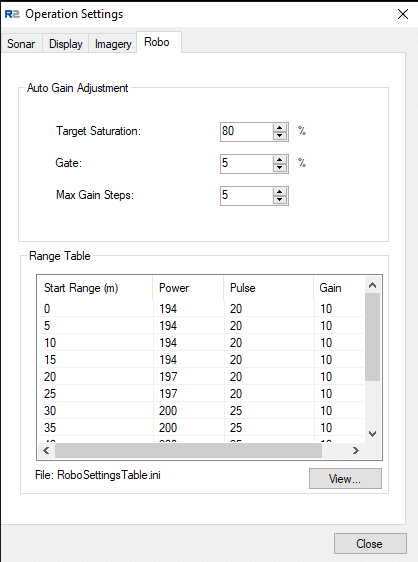 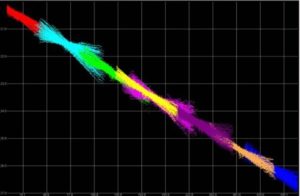 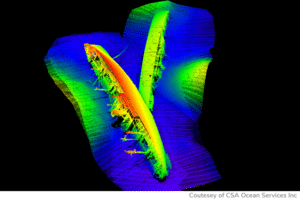 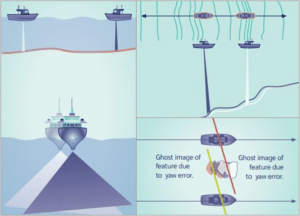 Did you know this about the Patch test? Read More >>