Founded in 1868 in the Netherlands, Van Oord specializes in dredging and land reclamation, boasting one of the world’s largest dredging fleets. As a leading contractor for dredging, marine engineering, and offshore projects (oil, gas, and wind), it‘s critical for the company to offer innovative solutions to marine challenges. R2Sonic equipment has been part of their efficient solution offerings on multi-million dollar projects.

2015 was an extraordinarily good year for Van Oord. The company achieved a record revenue of EUR 2.579 billion, an increase of 23% over 2014, and a record profit of EUR 169 million. These figures are attributable to the successful execution of several major projects, including construction of the Second Suez Canal, completion of Luchterduinen offshore wind park, and fast-tracked execution of Gemini wind park. www.vanoord.com

The visionary construction projects of Van Oord’s clients can only be realized by the best people working with the latest technology. That is why they operate the world’s most advanced equipment – sonar for marine construction is a high-tech industry. Their success depends on continually shifting the boundaries of technology and providing the most accurate hydrographic and bathymetric surveys possible. Surveying is an essential element in the planning and execution for Van Oord’s maritime construction projects.

As one of the world’s largest marine contractors, it is critical for the company to gather data efficiently, because the ability to analyze and report on that data quickly depends on its effective collection. Without good data, multi-million dollar projects can get delayed. Stalled projects cause a ripple effect of lost productivity, missed deadlines, increased job costs, and unhappy clients. According to Paulien van Griethuizen, a seasoned engineer with Van Oord.

"It is vital to have a picture of the seabed, and very important that the multibeam sonar generates clean data in difficult circumstances.” She points out that during a dredging project even the most innocuous items could cause major problems. “You want to be able to see and report to your dredgers what obstacles they might encounter."

Large rocks, or even a piece of rubbish like a tire, could cause major breakdowns if the dredger were to pump it up with the surrounding seabed. Making a good decision, one that could save thousands of dollars, depends on fast, clean data. Although Van Oord has one of the largest dredging fleets in the world, they often use local vessels of opportunity for their survey projects. While this practice has its benefits – cost savings and speed – it also has its drawbacks. The vessel may come with a skilled crew, but how does one get them up to speed on the equipment used for survey? Complicated or unfamiliar equipment can cause further delays and ultimately increase costs. Survey artifacts can have negative consequences for a project, thus the survey team needs to be able to adapt to the survey equipment fast and use it accurately. Extensive precision survey data collection is used to increase dredging accuracies which indirectly lowers overall costs, increases efficiency, keeps people and machinery safe, and allows the project to run smoothly. 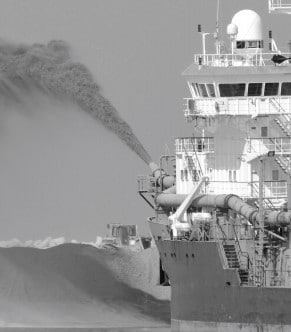 Van Oord has used R2Sonic’s equipment on high profile projects such as the Suez Canal and the Palm Islands. Working on the multi-year, multi-billion-dollar Palm Islands project, finished in 2015, pushed Van Oord harder than ever to utilize cutting edge technology. These artificial islands are constructed from sand painstakingly dredged from the bottom of the Persian Gulf. With the use of the R2Sonic multibeam echosounder, Van Oord surveyed the seabed, looked for obstacles, and detected depth accurately for its dredgers on a daily basis. The survey team analyzed the data quickly and transmitted it back to the project manager the same day, often times within an hour or two of the survey. This information is critical to keeping the dredgers working safely.

This provides fast, clean data for the project managers to make decisions. R2Sonic has also helped Van Oord mobilize quicker on international projects when using vessels of opportunity. It is cost effective and efficient to ship their survey equipment to a remote location for installation on a local vessel. Without the ability to transfer sonars from one boat to another, Van Oord would be locked into using their own dedicated survey ships. However, R2Sonic multibeam echosounders are easily shipped. The sonar consists of three major components: a compact projector, a receiver, and a small dry side Sonar Interface Module (SIM). Unlike their competitors, R2Sonic equipment is compact with few components to worry about. The sonars can be mounted to just about any vessel available – inflatable craft, such as Zodiacs, small craft, autonomous underwater vehicles (AUVs), unmanned underwater vehicles (UUVs), or large ships. This “plug and play” mentality saves Van Oord time, and money. In addition, the equipment is user friendly and easy to install. The equipment can be run by a crew with little R2Sonic experience – whether they are using a 2026, 2024, 2022, or 2020.

“It's convenient that the R2Sonic products are the same between the units and makes transitions between products easier,” commented Paulien"

"We don't have a lot of training because it's so self-explanatory," says Paulien. "It's super easy to use."

Van Oord has a team of engineers dedicated to writing quick guides for the R2Sonic sonars, standardizing on processes based on how the sonars interface with other systems and how they are used in the field. If a survey team needs help while on a project, they can call the workshop and be walked through the process of how to deal with the issue.

Van Oord’s regard for the R2Sonic multibeam echosounder can be seen in the sheer quantity of sonars in its fleet and their dedication to developing material for their engineers and survey teams to use in the field. With this investment in R2Sonic equipment, Van Oord will continue to operate the most advanced maritime construction fleet in the world. 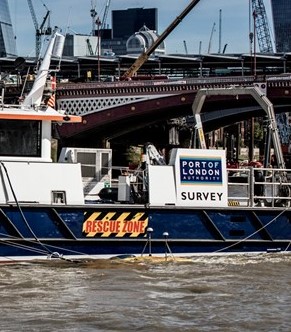 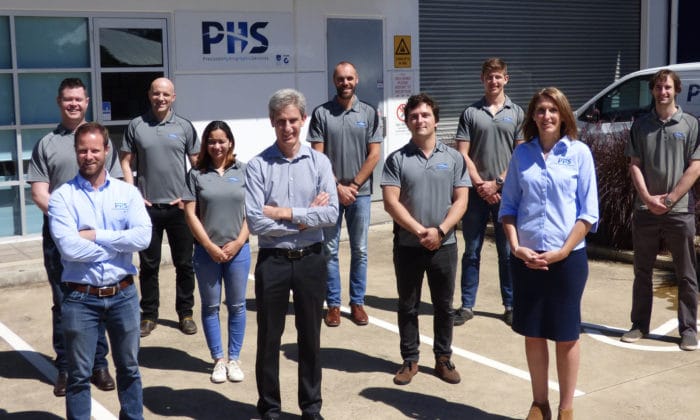