The difference lies in the data collection method: interpolated vs independent

Three years ago, R2Sonic was the first MBES manufacturer to launch the “then new” technical mode Ultra High Density (UHD) which consists in collecting 1024 independent soundings, an improvement from the traditional 256 soundings. This 400% increase in number of independent soundings provides greater horizontal resolution and definition of the area surveyed.

We purposely did not increase the number of beams, and instead focused on soundings.  Given that the swath sector is the same, augmenting the number of beams implies adding data points that are calculated as the average of areas of the seabed that have already been accounted by the traditional 256 beams.

The Ultra High Density (UHD) mode, on the other hand, consists in a non-traditional sounding method that is independent from the number of beams, and therefore that does not rely on interpolated data.  As a result, soundings obtained with UHD provide greater detail than classic bottom detect.

The graph below highlights that datapoints collected with a classic bottom detect method fails to capture the details that UHD collects.  The resulting image of the seafloor obtained with interpolated data will look smoother because key features are lost in the calculated average of the footprint.  UHD provides more granularity and accurate representation of the bottom. 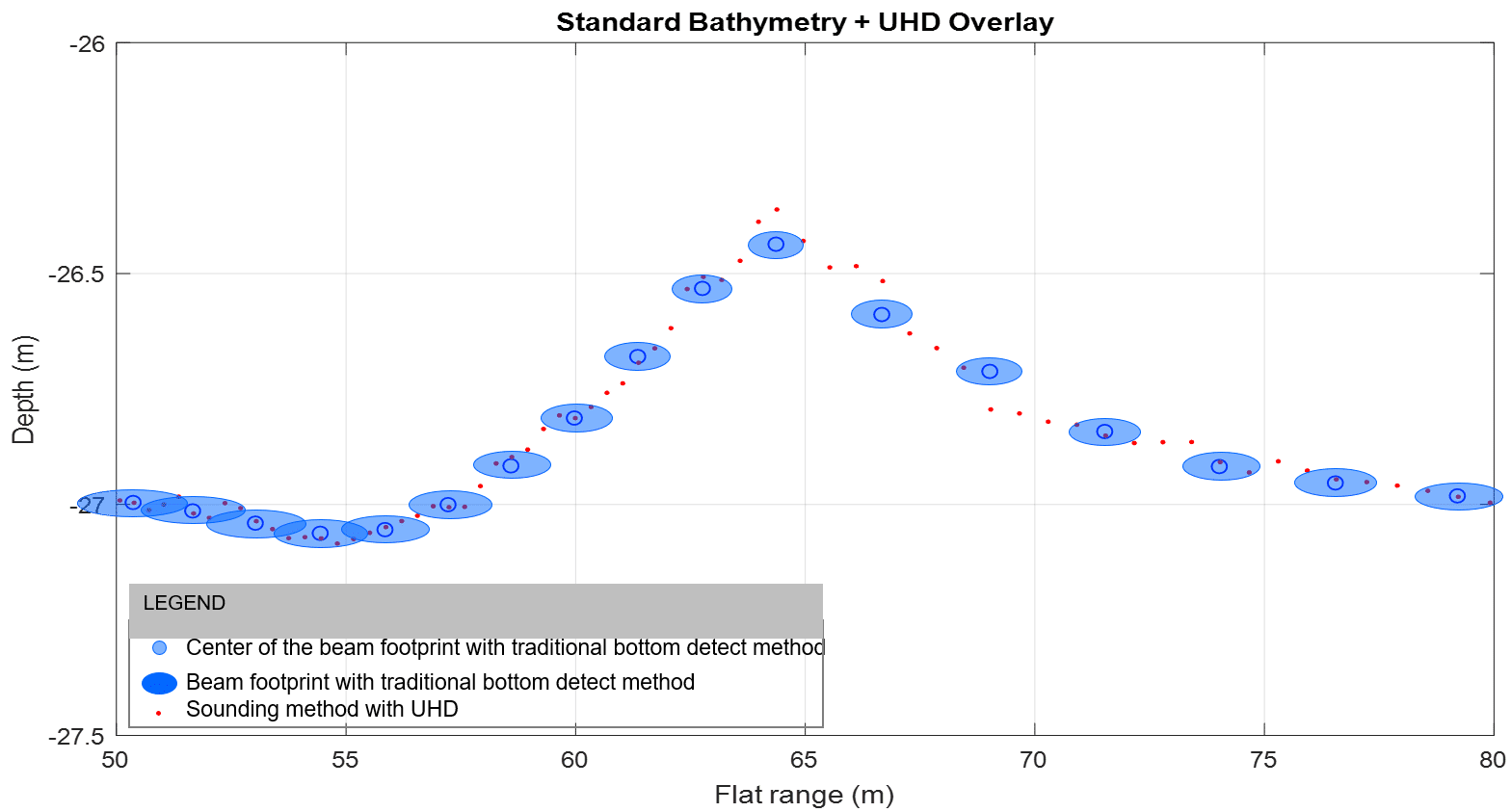 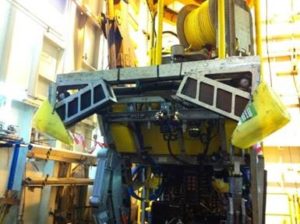 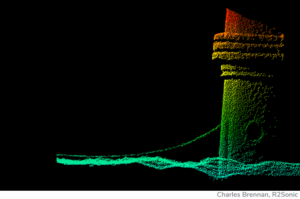 You care about resolution, but which one? Read More >> 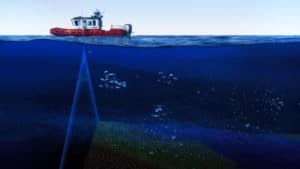